Since 2013, the project has succeeded in providing a combination of rebuilding and resurfacing 300km of highway – which has ranged from the busiest main road to quieter rural roads.

The accelerated pace at which the upgrade is taking place aims to deliver a modern and efficient road network island-wide within a seven-year period. Island Roads will then maintain this to a high standard for the following 18 years.

This is the largest engineering project ever undertaken on the Isle of Wight and as well as making major highway improvements, it is boosting the local economy by creating jobs and increasing trade for local businesses.

Fulcrum provides a range of financial management services to the Island Roads project.

Circa 200 local people employed to deliver the project

Around 1,200km of carriageways and footways resurfacing representing 88% of the network

12,000 street lighting to be replaced with energy efficiency LED

End of operations and handover 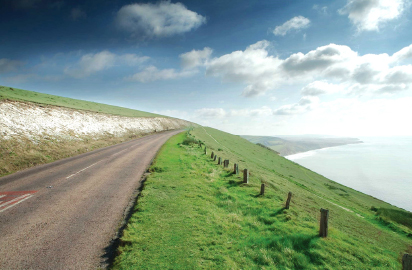 Island Roads has helped to establish the Isle of Wight Foundation, a charity committed to supporting projects which tackle social exclusion. The charity supports people in playing an active part in the local community and helping them to access employment and housing. Since its incorporation, the foundation has donated £0.3m to charitable projects on the island. Further to this, Island Roads gives staff two days a year paid leave to undertake work with local charities and good causes.

Electricity consumption has been reduced by 60% by replacing the Isle of Wight’s sodium streetlamps with LED lanterns.

Investment has remained on the island as local subcontractors and suppliers are commissioned to deliver the project which provides a boost to the local economy.